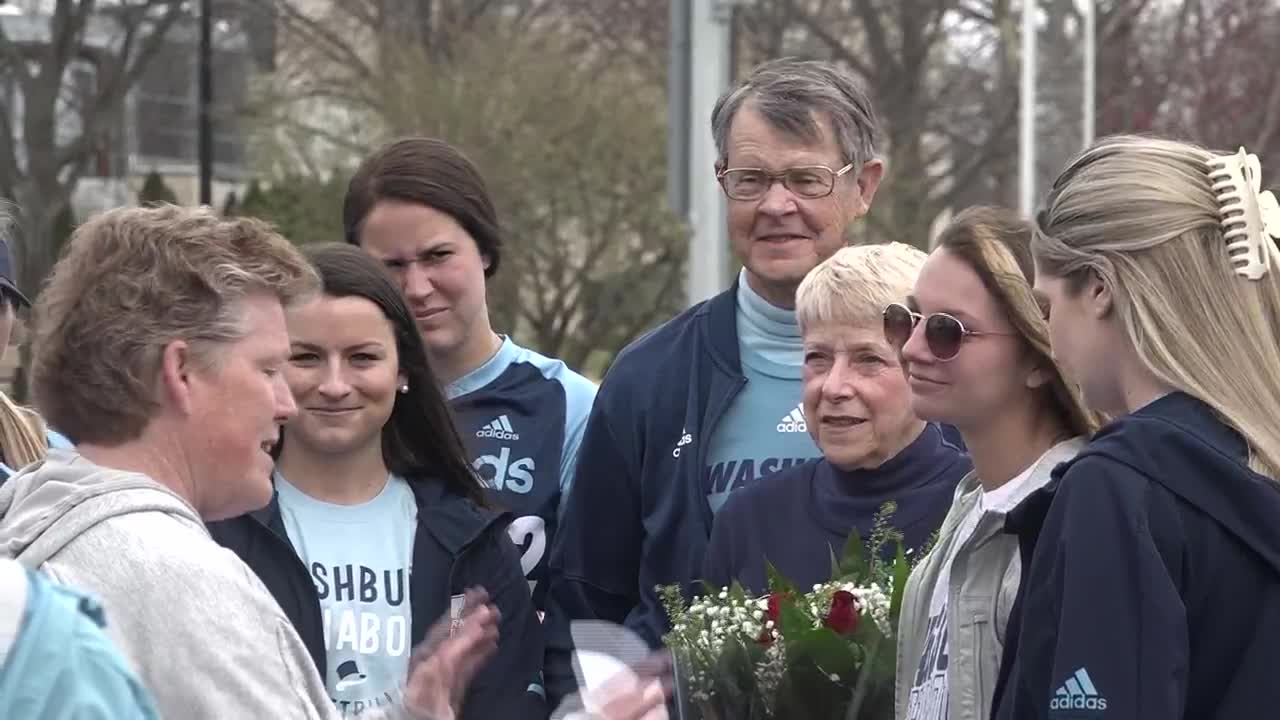 TOPEKA, Kan.  – Washburn University’s softball field was officially named after a family that has a special connection to the university.

Washburn University has been a major part of the Gahnstrom’s lives.

“We love Washburn because all it continues to do for students for the community and what it has done for us,” said Bill Gahnstrom.

Over the course of several years they have been giving back to the university in various ways.

“We just thought about doing a trust after we passed on and what’s the fun in that for us and whets the involvement for that for us so instead of that we decided that we would start giving back.”

It started when the Gahnstroms were looking for an opportunity to make an impact with a program that shared their values. It wasn’t until Bill met with Washburn University’s softball coach when they found the perfect match.

“She didn’t know me from atom and she said the important things in her program were softball, student success, and students being involved in the community and those are all things that are very near and dear to our heart so that became the program that we became interested in helping.”

Bill says he and his wife have become very close with the team and they’re glad they can provide them the tools to help them succeed.

Now the very field they helped update officially proves their work and dedication. “We kind of hope that in the future when the new ladies come in even after we’re gone that they’ll look at that will inspire them to put forth their best effort.”