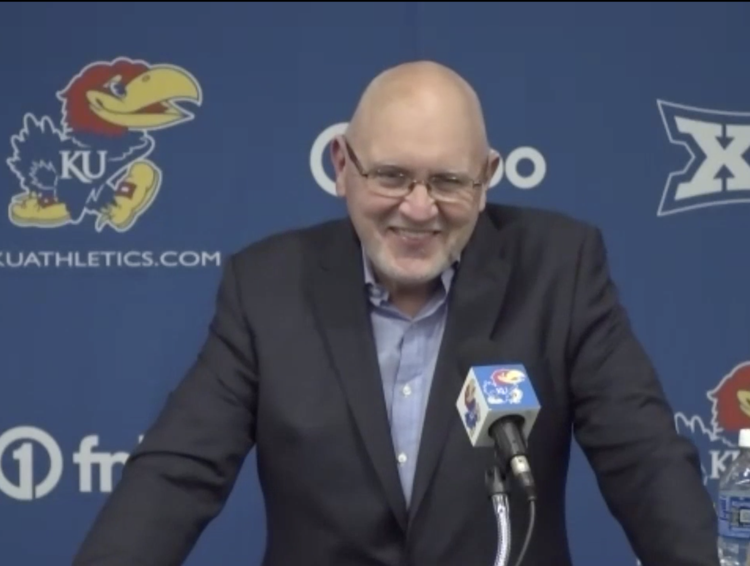 Kansas – Kansas football coach Les Miles had been looking to hire Mike DeBord as offensive coordinator, but the timing was never right. Now, after nearly four years, Miles and DeBord will be working together at the University of Kansas.

“What [DeBord] did, joining us, is going to make our football team much much stronger,” Miles said in a media availability Tuesday. “He’s a great addition to the Jayhawks.”

DeBord has a record of 80-33 overall and 47-27 in conference games in nine years as an FBS coordinator at various schools. Miles said that he had a previous relationship with DeBord and was trying to grab him for a long time.

Yesterday, DeBord spoke to the media for the first time and talked about his vision for the offense, among other things.

DeBord also mentioned that he started watching film the day he was hired and saw a Kansas football team that wasn’t far from success.

“I told the offensive coaches and the full staff today when you go through a season and you’re not happy with it, you think sometimes you’re a long way off and you’re not,” DeBord said. “That’s what I saw. I saw a group that with some things to change up technique wise, or to change up some scheme things, we are going to get this done. I have no doubt in my mind.”

DeBord will have the chance to coach up young players, including freshman quarterback Jalon Daniels, freshman wide receiver Luke Grimm and sophomore running back Velton Gardner. In the 2020 season, Kansas led the nation with its young roster of 27 active freshmen, and DeBord will have to be on his toes to coach them up.

“I love coaching young guys. I love their excitement, their enthusiasm,” DeBord said. “Youth excites you and youth pushes you harder. I’m not worried about youth. All we want to do is play great football technique wise, scheme wise and effort wise.”

Kansas Reports Case of U.K. COVID Variant That May Be More Deadly