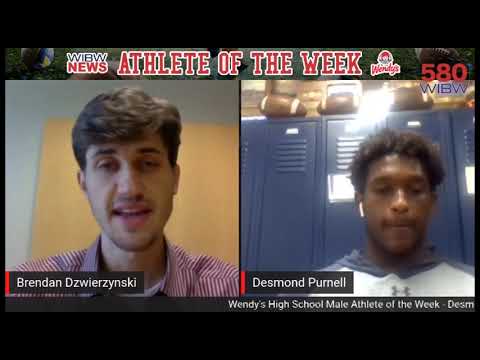 But first-year Topeka High coach Carlos Kelly said nobody in the Trojan program will be taking Highland Park lightly when High hosts the Scots in a 7 p.m. Centennial League contest Friday at Hummer Sports Park.

“Highland Park is hands-down better than they’ve been,’’ Kelly said. ”Their athletes have been taking a walloping since their freshman year and some of them are now seniors and some of those kids that came in as freshmen are now bigger and stronger. They have a lot of speed and Highland Park’s guys are hungry.

“They don’t want to leave that place without a win and they’re chomping at the bit to get at us.’’

Both Highland Park and Topeka High missed their first three games of the year because of a USD 501 decision to delay the start of the season before opening last Friday night.

“This is the first time in three years where I had a team that was very upset and angry, not because they got beat, but because they felt they beat themselves.’’

Kelly said it was good just to get a starting point.

“Definitely it was good to get out there and see what we have because we hadn’t had any live action except for amongst ourselves at all to see who could do what,’’ Kelly said. ”We have a really young team. We started two freshmen and there could have been a third easily.’’

One of those freshmen, BJ Canady, was Topeka High’s starting quarterback against Manhattan and completed 11 of 25 passes for 120 yards, including a 50-yard touchdown pass to senior Naz Phillips.

Highland Park senior quarterback Tre Prosper was 11-of-22 passing for 119 yards against Emporia, including a 26-yard TD pass to senior Jeremy Kendrick.

Like Kelly, Foristiere expects his Scots to be competitive against the Trojans on Friday night.

“I think we’re in a place with the players we have where we can compete,’’ Foristiere said. ”I think we’re making strides.’’

Junction City is coming off a 34-30 Centennial League road victory at Washburn Rural, while Topeka West dropped a 59-14 league decision to Seaman in its season-opener. Blue Jay quarterback Andrew Khoury threw for 346 yards and three touchdowns, while Russell Wilkey caught seven passes for 191 yards and two TDs. Topeka West sophomore quarterback Malachi Berg threw for 104 yards and a TD against Seaman, while sophomore Tyrell Reed had a 63-yard touchdown run and a 2-point conversion for the Chargers. Game time: 7 p.m.

Seaman posted a 59-14 Centennial League win over Topeka West last Friday while Manhattan took a 42-6 league win over Topeka High. Seaman senior quarterback Reid Cowan had a hand in five touchdowns against West, throwing for three scores and running for two TDs, while junior Casen Stallbaumer had a pair of TDs, scoring on offense and defense. Cowan went 8-of-9 passing for 147 yards and 3 TDs, while Stallbaumer caught four passes for 97 yards and a score. Cowan also rushed for 60 yards on just three attempts. Manhattan quarterback Dayne Aschenbrenner ran for 77 yards and two touchdowns and threw for 92 yards and two scores against High. Game time: 7 p.m.

Hayden rolled to a 49-0 non-league win at Coffeyville last Friday while Osawatomie dropped a 48-22 Class 3A district game to Sante Fe Trail. Senior Desmond Purnell scored three touchdowns for Hayden against Osawatomie, including a 70-yard kickoff return to open the game. Purnell leads the city in scoring with 13 TDs and 84 points and also ranks among the city leaders in total offense, rushing, receiving and punting. Wildcat quarterback Johnny Holloway has passed for 521 yards and six touchdowns. Game time: 7 p.m.

Washburn Rural dropped a tough 34-30 Centennial League decision to Junction City last Friday while Emporia took a 30-8 league win over Highland Park. Rural senior quarterback Cooper Carlgren passed for 187 yards and two touchdowns and also ran for a TD while sophomore Ma’kenttis Adams ran for 110 yards and a 62-yard TD on 17 carries and junior Robby Bolin caught five passes for 74 yards and two TDs. Cam Gentz passed for 124 yards and a TD while Camden Kirmer scored two TDs and passed for a score in the Spartans’ win over Highland Park. Game time: 7 p.m.

Cair Paravel Latin is coming off its first loss of the season, a 54-46 decision to Sunrise Christian. Cair Paravel built 40-14 and 46-20 leads before Sunrise scored 34 fourth-quarter points to pull out the win. Cair Paravel quarterback Carter Brian completed 30 of 53 passes for 269 yards and two touchdowns while Noah Hastert caught 10 passes for 132 yards and a TD. St. Marys is coming off a 50-24 win over Manhattan Christian, which was its closest game of the year. Game time: 7 p.m.